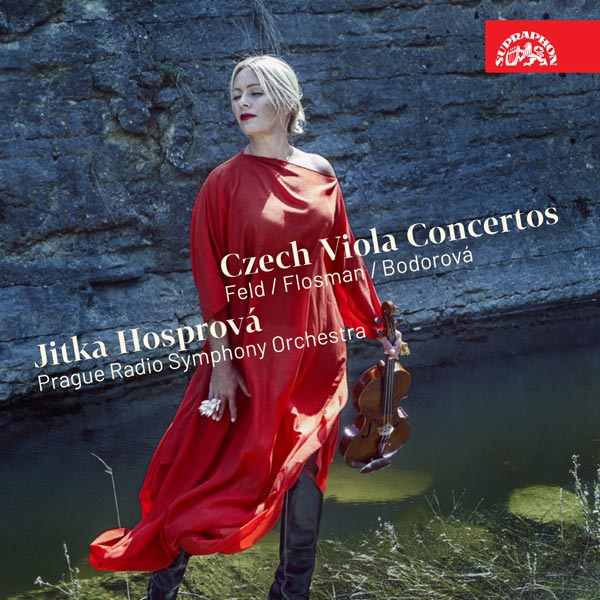 We extend our thanks to Cermak Eisenkraft Gallery for the financial support that made the release of this recording possible. 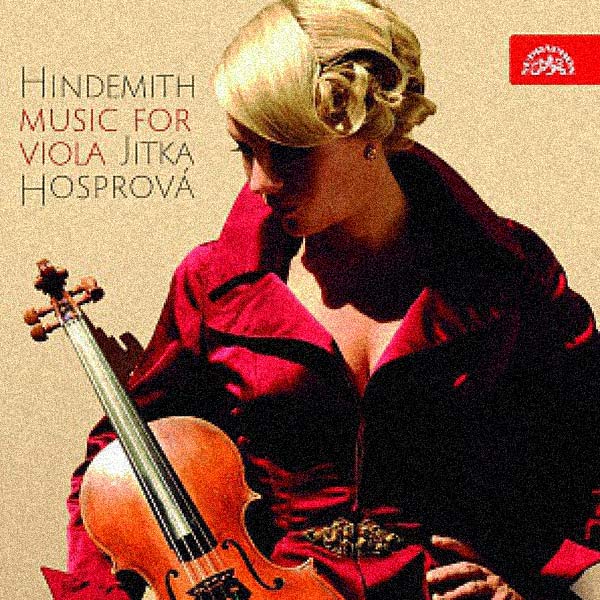 On her previous album Monologue (SU 4049–2), Jitka Hosprová presented the most important masterpieces for solo viola from the era of Czech modernism. This time, she decided to dedicate her CD to a composer whose influence was crucial for the emancipation of the viola in the past century – Paul Hindemith. All his pieces for viola were composed in roughly twenty years – and as Hindemith retired as a viola soloist, he also stopped composing music for the instrument.

The pieces selected for this album document Hindemith’s journey from the final phases of Romanticism and Impressionism to his very own unmistakable musical expression, as it is evident in the Sonata Op. 25. The album also features Hindemith’s must-hear Trauermusik, which was composed in London in just six hours and was broadcasted live on BBC the very same evening in January 1936 – with Hindemith playing the solo viola – to honour the death of King George V. Hindemith played by Jitka Hosprová is both technically perfect and emotionally rich, deep and colourful, just like the viola itself. 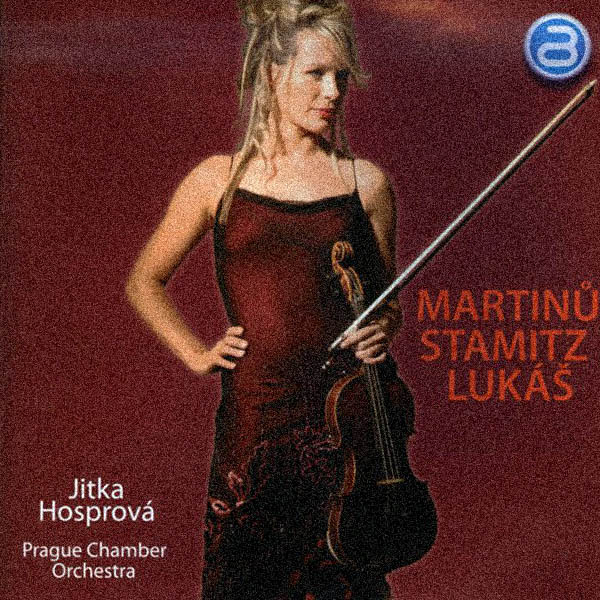 Martinů – Rhapsody-Concerto for viola and orchestra

Stamitz – Concerto for Viola and orchestra 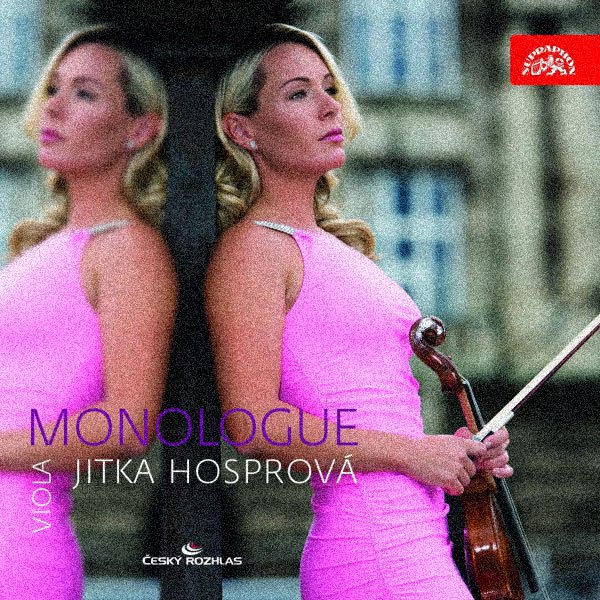 Unlike violin or cello, viola was not lucky enough to get solo partitas by composers like Bach. Only the 20th century started to right the wrongs done to this beautiful instrument. This album presents Jitka Hosprová’s rendition of the best 20th-century works that were composed for viola in the homeland of Dvořák, Smetana, and Janáček. You could hardly find another violist whose repertoire comprises so many pieces from the 20th and 21st century. The album of Jitka Hosprová includes two Czech works of fundamental importance (the dialogical Suite by Ladislav Vycpálek, who studied composition with V. Novák, and the Sonata by Suk’s student Pavel Bořkovec) and pieces by two composers of the older contemporary generation (Klusák, Smolka). The viola played by Jitka Hosprová expresses all the colours of human emotions; it is sad, mysterious, yet pleadingly passionate, silky, yet raw.

It is this vividness that helps the album go beyond the limits of a mere anthology of music; the compositions sound like personal testimonies – and it is more than easy to fall in love with the timbre of Jitka Hosprová’s viola! 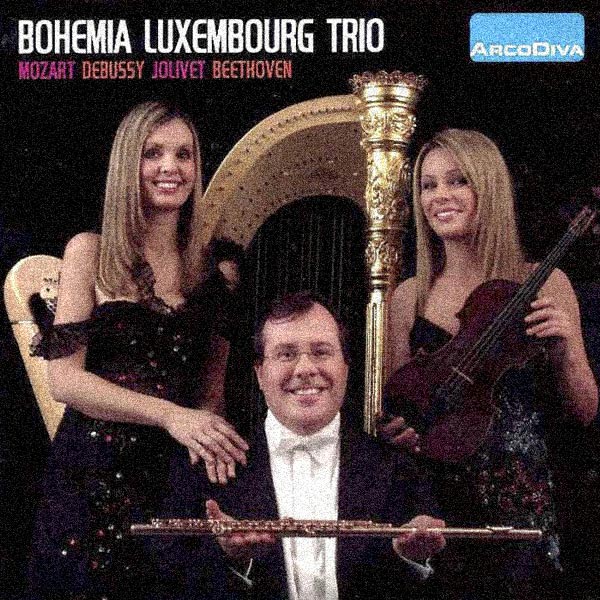 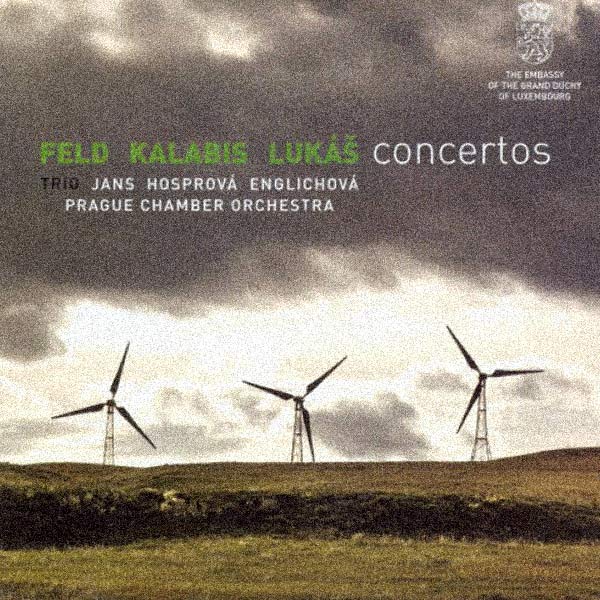 The Czech Republic traditionally has a strong bond with Luxembourg. Its capital, Luxembourg City, is the resting place of the remains of Charles IV, one of the squares in Luxembourg City is named after Jan Palach, and the broadcast of Radio Luxembourg reached the Czech Republic even during the hardest totalitarian times. One of the results of the friendly relationships between the two countries is an album of compositions by Jindřich Feld, Zdeněk Lukáš and Viktor Kalabis, released with the support of the Luxembourg Embassy in Prague. The music is performed by violist Jitka Hosprová, harpist Kateřina Englichová and Luxembourg flautist Carlo Jans. The three musicians are nicely accompanied by the Prague Chamber Orchestra led by Antonín Hradil. Feld’s Musique Concertante for Flute, Viola, Harp and Strings was composed to order for the Embassy. It features references to the ballade by Guillaume de Machaut (who was the secretary of John of Bohemia, King of Bohemia and Count of Luxembourg) and Luxembourg folk songs. Tristium by Viktor Kalabis is a quiet remembrance of his friend’s futile struggle against a fatal disease. Not many instruments can express grief and acceptance better than viola.

Music for Harp and Strings by Zdeněk Lukáš may surprise some fans of his work. The neoclassicism in the style of Bohuslav Martinů, well-known from Lukáš’s choral compositions, has disappeared and an expressive style, sometimes moderated to a poetic flow, has come to prominence in this composition. The last piece on the album is Feld’s Sonata for Flute and String Orchestra, dedicated to the legendary J. P. Rampal. It is probably not necessary to introduce the two aforementioned ladies, as they have presented themselves to general public on various occasions. Jitka Hosprová has an obvious advantage over her male colleagues, which does not only lie in her play, and Kateřina Englichová plays a typical female instrument (which is, however, traditionally associated with King David). Nevertheless, their performance is not “womanish” at all, as it does not lack drive or the necessary expression. The three three-bladed wind mills on the front cover are a mild hyperbole symbolizing the concept of the album: The compositions by three important personalities of the Czech music scene performed by three soloists can indeed serve as a very specific source of energy for contemporary music. 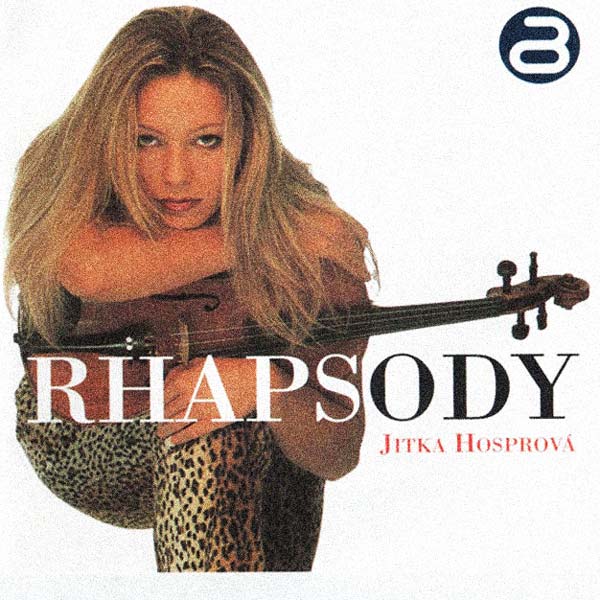 Recorded in the Domovina Studio Prague 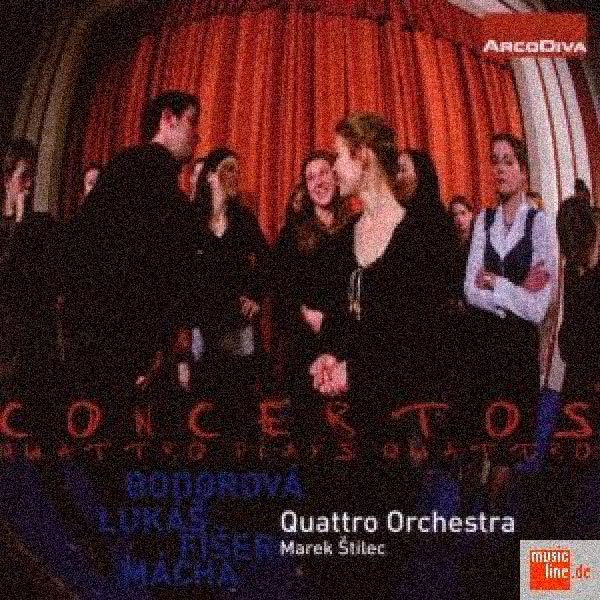 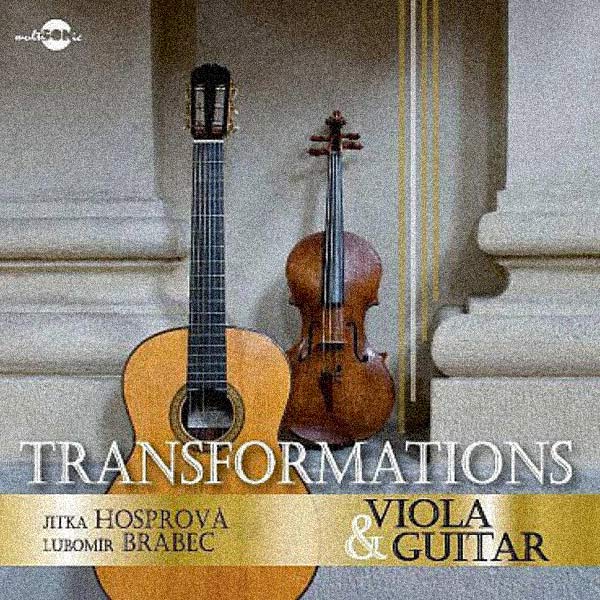 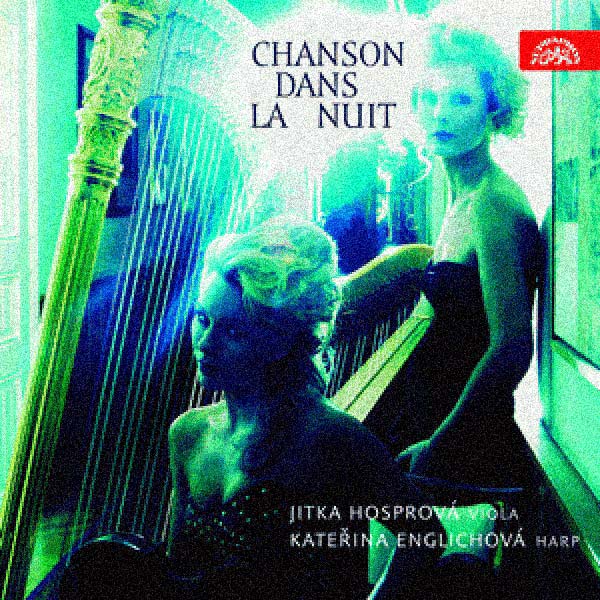 Chanson dans la nuit on the strings of the viola and harp – an hour of graceful music close to the heart!

The soft, silvery tone of the harp and the rich, dark timbres of the viola make these instruments the ideal combination for playing a gentle night song or lullaby. Chanson dans la nuit is a meditation amid the quiet of the night… Yet Jitka Hosprová and Kateřina Englichová are also able to make the night dance with their instruments. The listener can savour almost an hour’s worth of enchanting music for the viola and harp ranging from the Baroque masters to the French Impressionists. It is hard to believe that La fille aux cheveux de lin or Ravel’s Pavane were not originally created for these very instruments and that they can be played otherwise. The programme was compiled for the Czech Philharmonic Orchestra’s enormously popular “For Mothers-To-Be” concert cycle. It makes a refreshing change to hear the bright sound of the violin replaced by the deeper colours of the viola, the brilliancy of the piano by the lambent tones of the harp, especially when the two instruments are in the hands of two such charming ladies and superlative musicians.

Their music finds its way directly to the heart.